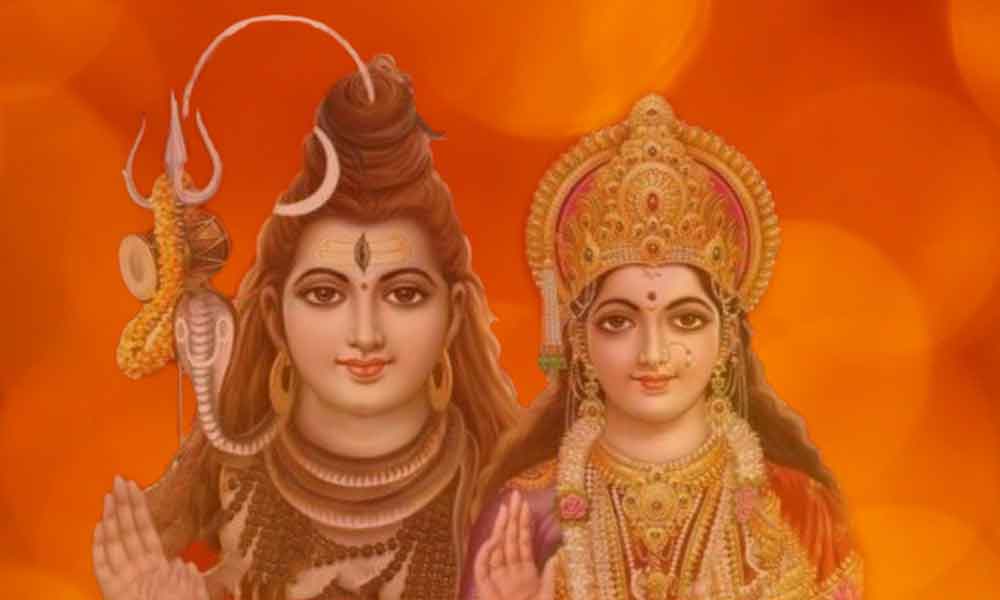 A Brief Introduction to Tantra in Saivism and Hinduism

In Saivism, Agamas have as much significance as the Vedas, if not more. They have been the foundation of Shaiva, Tantra and Shakta traditions since the earlies times. Shaivas may not necessarily believe in the Vedas, but they do in the sanctity and authority of the Agamas. The Agamas are foundation to Tantra beliefs and practices in Saivism.

Tantra literally means "loom, warp, weave. The word appears in the hymns of the Rigveda (10.71, with the meaning of warp (weaving, and in many other Vedic era texts, such as the Atharvaveda (10.7.42) and a few Brahmanas. In these texts, the contextual meaning of Tantra is that which is "principal or essential part, main point, model, framework, feature. In the Smritis and epics, the term means "doctrine, rule, theory, method, technique or chapter." The word is also used as a common suffix, such as atma-tantra, maha tantra, etc. The contextual meaning of tantra in different texts is shown in the following table. It amply proves that Tantra has been an ancient practice, although it was confined to mostly to spiritual and ascetic groups.

Flood traces the earliest date for the Tantra texts related to Tantric practices to about AD 600, although according to him most of them were probably composed after the 8th century onwards.[By the 10th century an extensive literature came into existence. The texts were mostly composed during this period in Kashmir and Nepal. They were also called by other names such as Agamas in Shaivism, Samhita or Pancaratra in Vaishnavism, and Tantras in Shaktism. The Buddhists developed their own body of Tantras, which became the basis for Vajrayana Buddhism. In Jainism, also Tantra texts appeared as a part of the Surya tradition in the western regions of India. However, most of these manuscripts have been lost and unavailable in their complete form. Tantic did not find widespread acceptance or approval in Hinduism and remained confined to only a few sects and subsects. The Vedic tradition largely rejected it due to its unconventional and unorthodox approach to spiritual practice and liberation. However, tantra system incorporated many ideas from the Vedic beliefs and practices, holding the Vedic texts at the same time as inferior to theirs.

According to Flood, very little is known about who created the Tantras, nor much is known about the social status of these and medieval era Tantrikas. The Tantra pioneers may have been ascetics who lived at the cremation grounds, and hailed probably from probably non-Brahmanical and tribal communities or the worshippers of primordial (Adi) Shiva. Some references to the early tantrikas are found in the Buddhist Pali canon. By the early medieval times, their practices may have found their way into the worship of such deities as goddess Kali and god Bhairava, etc., with offerings of non-vegetarian food, alcohol and sexual substances.

The limbs of Tantra

The knowledge of Tantra is diverse and dispersed into a wide variety of tantric texts and esoteric practices. Hence, as André Padoux noted, there is no consensus among scholars as to which elements are characteristic for Tantra. Since there is no text which contains all its elements, it is difficult to determine it original scope of breadth. Besides, some of its practices are common to other traditions which are non-tantric. Anthony Tribe, a scholar of Buddhist Tantra, identified the following defining features of Tantra.

In tantra, a number of techniques (sadhana) are used as aids for meditation to purify the mind and body to attain absorption spiritual powers and absorption in the Self or Shiva. The ultimate aim is to merge the individual consciousness into the supreme pure consciousness (Vidya) of Shiva. The following practices are deemed important to achieve this sacred goal.

According to David Gordon White, mandalas are a key element of Tantra. They represent the constant flow and interaction of both divine, demonic, human and animal energy or impulses (kleshas, cetanā, taṇhā) in the universe. The mandala is a mesocosm, which mediates between the "transcendent-yet-immanent" macrocosm and the microcosm of mundane human experience. The godhead is at the center of the mandala, while all other beings, including the practitioner, are located at various distances from this center. Mandalas also reflected the medieval feudal system, with the king at its centre.

The words mantram, tantram and yantram are rooted linguistically and phonologically in ancient Indian traditions. Mantram denotes the chant, or "knowledge." Tantram denotes philosophy, or ritual actions. Yantram denotes the means by which a person is expected to lead their life. The mantra and yantra are instruments to invoke higher qualities, often associated with specific Hindu deities such as Shiva, Shakti, or Kali. Similarly, puja may involve focusing on a yantra or mandala associated with a deity. Each mantra is associated with a specific Nyasa. Nyasa involves touching various parts of the body at specific parts of the mantra, thought to invoke the deity in the body. There are several types of Nyasas; the most important are Kara Nyasa and Anga Nyasa.

One of the goals of Tantra is to fuse one’s own identity with that of the chosen deity, who is usually Shiva or Shakti, to the extent one begins to think, feel and act as the deity itself. It is usually achieved through various spiritual practices and through visualization in which the attributes of the chosen deity (ishata devata) are superimposed upon oneself through meditation and concentration. It goes on until the identification is complete and the ego is completely dissolved alter ego of the deity, whereby the aspirant becomes one with the deity in body and mind and in all the four states of consciousness namely wakeful, dream, deep sleep and transcendental states.

In Hinduism, the tantric traditions are found in Shaivism's Shaiva Siddhanta and the Mantrapīṭha (Bhairava-centred), and in Shaktism's Vidyāpīṭha and the Kulamārga traditions. The Tantra texts of the Vaishnava tradition are the Pancharatra, and typically called the Agamas in the Vaishnava traditions. The term "Tantra" in Hindu genre of literature is usually used specifically to refer to Shakta Agamas. The Agamas literature is voluminous, and includes 28 Shaiva Agamas, 77 Shakta Agamas (also called Tantras), and 108 Vaishnava Agamas (also called Pancharatra Samhitas), and numerous Upa-Agamas.

Some Tantra texts in Hinduism are Vedic and others non-Vedic. Agama traditions include Yoga and Self Realization concepts, some include Kundalini Yoga, asceticism, and philosophies ranging from Dvaita (dualism) to Advaita (monism).

The means of worship in the Hindu Tantric practice differs from the Vedic form. While the Vedic practice of yajna there are no idols and shrines, in its Tantric traditions, idols and symbolic icons with puja are the means of worship. Temples, symbolism, icons that remind the devotee of attributes and values are a necessary part of the Agamic practice, while non-theistic paths are one of the many alternate means in the Vedic practice. This, however, does not necessarily mean that Tantra-Agamas and Vedas are opposed, according to medieval era Hindu theologians. Tirumular, for example, explained their link as, "the Vedas are the path, and the Agamas are the horse.”

Source: This article has been partially adapted from Wikipedia article on Tantra under the Creative Commons Attribution-ShareAlike License