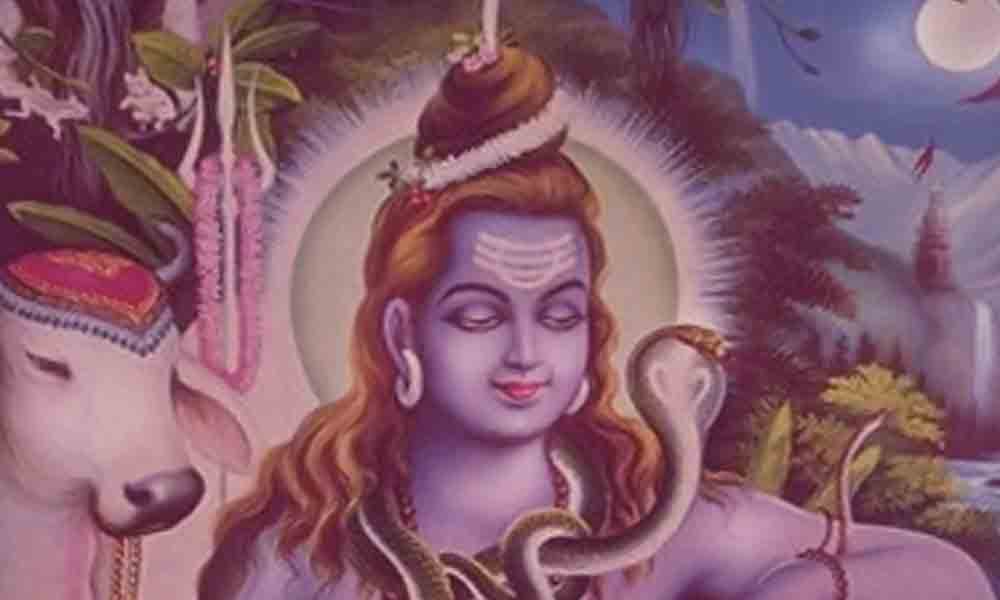 India remains still the most important country on earth for the student of religion. In India we meet with all forms of religious thought and feeling which we find on earth, and that not only at different times but also all together even to-day. - Professor Winternitz.

The Pasupatha or Pashupata Saivism is perhaps the most controversial and also the most ancient of all the sects of Saivism. It is possible that the people of Indus valley practiced some form of Pasupatha Saivism. Its founder is considered to be Siva himself who passed on the knowledge to several ancient sages. The Atharvasira Upanishad mentions Pasupatha rite for the removal of animal bonds, probably a practice initially associated with this sect. Etymologically, pasupatha means the herdsman's staff. Symbolically it represents the trident, the weapon of Siva with which He destroys our ignorance and impurities.

The sect became popular mostly through the contribution of the legendary Lakulisa (meaning lord with the club) who lived around 200 BC in the Kathiawar peninsula of present day Gujarat. His teachings are available to us in the form of sutras known as Pasupatha Sutras. He introduced a strict code of conduct and certain yogic practices and established a specific procedure for admitting members into the sect. He also started the tradition of admitting only the three upper castes (Brahmins, Kshatriyas and Vaishyas) and thereby deviated from the earlier practice of admitting lower castes. Probably drawing inspiration from Buddhism, he introduced a more lenient path for the householders.

Somanath in Gujarat was one of the most revered centers of this sect. The Siva temple that was built there by the patrons of the sect received maximum destruction during the early raids of the Muslim invaders. At one time the sect was popular in many parts of India and its followers were both feared and revered. Hsuen Tsang, the Chinese traveler who visited India during the seventh century AD noted several thousand Pasupathas gathered in Varanasi alone. They zealously guarded their faith against Buddhism and would not hesitate to defend it at any cost. By the medieval period, the popularity of the sect remained confined to a few places in western India, Nepal and the Himalayan region. To this day the Pasupathinath temple in Nepal stands as a testimony to the popularity of this ancient sect.

Originally Pasupatha Saivism was dualistic. Its followers believed that Siva was the efficient cause only of the universe but not its material cause. The individual soul and Siva were different entities. After liberation, the soul would not merge with Siva but continue its separate existence as a liberated being without undergoing modifications or suffering from pain. Lakulisa retained some of the beliefs of the earlier teachers but considered Siva as both the material and efficient cause of the creation and that the liberated beings maintain closeness (sayujya) with Siva but would not dissolve into him.

Much of the Pasupatha doctrine is kept secret from non-followers. So little is known about it outside the fold. Followers are admitted initially into the sect through a diksha ceremony and are advised to break their fetters of social conditioning through such practices as laughing, singing and dancing. Once they show progress, they are advised to go into society and practice the same principle in more obvious and shocking ways to invite public ridicule and criticism. Getting rid of the social conditioning and becoming free from the egoistic attachment to ones name and self-image are considered important first steps in freeing oneself from the three bonds of egoism (anava), karma and maya.

In the next stage the aspirants are advised to observe austerities and a strict code of conduct, called yamas and nimayas, with emphasis on celibacy, non-injury and meditation. They are introduced to the secrets of Kundalini yoga and guided on the path till they mature in its practice. If the guidelines of the guru are followed strictly an aspirant would experience supernatural powers and closeness with Siva. He would become self-aware and Siva-aware and free from the limitations of our existence.

The Kapalika and the Kalamukha 1 sects are close to Pasupatha sect in many ways but differ in matters of practice. They follow more shocking and outrageous methods to attract public ridicule and criticism and free themselves from social conditioning and egoistic attachment to their physical selves. While externally they are encouraged to indulge in controversial behavior, internally they are advised to lead pure and austere lives. The Kalamukhas who lived in parts of Karnataka enjoyed a good reputation for their asceticism, celibacy and inner purity.

Followers of Pasupatha Saivism can still be found in parts of India even today. If you come across a fierce looking Saivite beggar seeking alms in the streets with unkempt hair or a huge wig, ashes smeared all over his face and body, wearing a garland of bones or leaves or a tattered black dress, singing loudly or making strange noises with a whip or a dumru (a musical instrument) or a staff, promising to do magic with some grains of rice or wheat, he would probably be either a Pasupatha or Kapalika or Kalamukha... or a real mad person. And if you fail to distinguish, the seeker has achieved his objective.