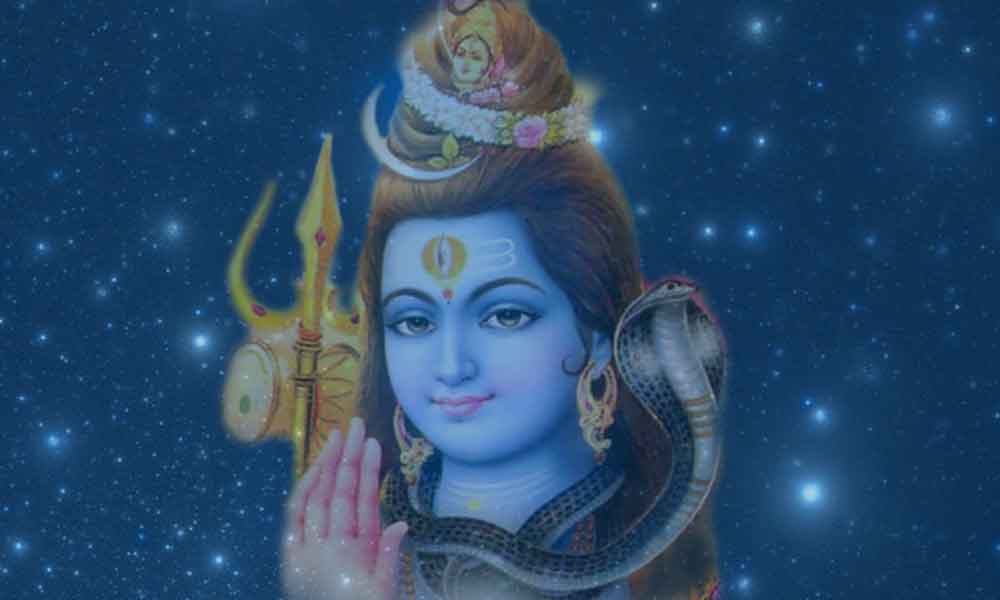 Shiva is the destroyer among the trinity and is worshipped as their main deity by millions of Hindus. The holy word chant to worship him is made of five letters and is popularly called Panchakshara- “Na Ma Si Va ya”. In this popular stotra each of these letters is considered as him and he is praised for his great qualities.

My salutations to the letter “Na” , which is Shiva,
Who wears as garland the king of snakes.
Who has three eyes,
Who wears ash all over Him,
Who is the greatest Lord,
Who is forever,
Who is the cleanest,
And who wears the directions themselves as dress

My salutations to the letter “Ma” , which is Shiva,
Who is bathed by waters of ganges,
Who applies sandal paste all over him,
Who has Lord Nandi as his chiefton,
Who is the greatest lord,
And who is worshipped by Mandhara and many other flowers.

My salutations to the letter “Si” , which is Shiva,
Who is peace personified,
Who is like Sun to the Lotus face of Gowri[1],
Who destroyed the fire sacrifice of Daksha[2],
Who has a blue neck,
And who has a bull in his flag.

My salutations to the letter “Va” , which is Shiva,
Who is worshipped by great sages like,
Vasishta, Agasthya and Gowthama ,
As also the devas,
And who has sun , moon and fire as his three eyes.

My salutations to the letter “Ya” , which is Shiva,
Who takes the form of Yaksha,
Who has a tufted hair,
Who is armed with spear,
Who is forever filled with peace,
Who is godly,
Who is the great God,
And who wears the directions themselves as dress.

Those who read these holy five letters great,
In the temple of Shiva,.
Would go to the world of Shiva,
And be forever happy with Him.