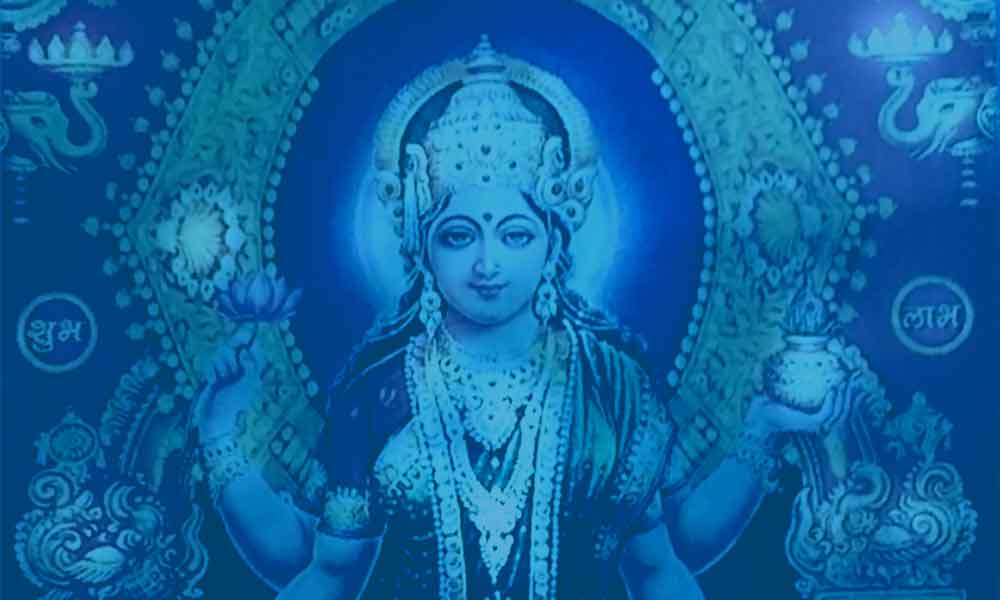 This text reveals in brief the Vaidic and Tantrik methods and practices of ritual worship or puja and who may practice those methods.

The Himâlayâs said:--"O Devî! O Mahes'vari! O Thou, the Ocean of Mercy! O World-Mother! Now describe in detail how Thy worship is conducted, the rules and ceremonials thereof.

2-20. The Devî said:--"O King of Mountains! I now describe to you the rites and ceremonies and the methods of My worship that are pleasing to Me. Hear it attentively and with faith. My worship in of two kinds:--External and internal. The external worship is again twofold: one is Vaidik, and the other is Tântrik.

The Vaidik worship is also of two kinds according to the differences in My forms. Those who are initiated in the Vedic Mantrams worship according to the Vedic rites and ceremonies and those who are initiated in the Tântrik-Mantram worship according to the Tântrik rites. That stupid man is entirely ruined and goes to Hell who knowing the secrets of worship, act contrary to them. First I will describe to you the Vaidik worship; hear. The highest Form of Mine that you saw before, with innumerable heads, innumerable eyes, innumerable feet, and the Illuminer of the intelligenees of all the Jîvas, endowed with all powers, Higher than the Highest, Very Grand, worship That, bow down to That and meditate on That. O Nagendra! This is the first form of worship that I describe to you. With your senses controlled, peaceful, with a well concentrated mind, void of egoism and vanity, and devoted to That, perform sacrifices to That,, take refuge of That, see That within the temple of your mind, and always recite Her name and meditate on that. Take hold of Me, and My ideas with one pointed loving devotion and please Me with the performance of sacrifices, austerities and gifts. By My Grace, you will no doubt be able to get the Final Liberation. Whoever is entirely attached to Me, thinking Me as the Highest, is the foremost amongst the Bhaktas. I promise that I will certainly deliver him from this ocean of the world. O King of mountains! Meditation with Karma and Jñâna with Bhakti will lead one to Me. Only the work alone will fail to get one to Me. O Himavan! From Dharma arises Bhakti and from Bhakti arises the Highest Jñâna. What are said in the S'ruti and Smriti S'astras the Maharsis take that as the Dharma; and what are written in other S'astras, they take them to be Dharmâbhâsa (the Shadow or reflection of Dharma). Out of My omniscient and omnipotent Nature, the Vedas have come. Owing to the want of Ignorance in Me, the Vedas can never be invalidated. The Smritis are formed out of the meaning of the Vedas; so the Smritii and Purânas, formed, by Manu and the other Risis, are authoritative. In some places it is hinted that there other S'astras than the Vedas, taking the Tantras indirectly into account. Although the matters relating to the Dharmas are mentioned therein, but as they are apparently contrary to the S'rutis, the Tantras are not accepted by the Vaidik Pundits. The other S'âstra makers are marked with their ignorance; so their sayings cannot be authoritative. Therefore he must resort entirely to the Vedas who want the final liberation. As the king's order is never disobeyed amongst his subjects, so the S'ruti, the Command of Mine, the Lord of all, can never be abandoned by men.

21-30. To preserve My Commandments, I have created the Brâhmana and the Ksattriya castes. My secrets are all embodied in the S'rutis. For that reason, the words of the S'rutis are no doubt to be known and observed by the sages. O Mountain! When the Dharma (righteousness) declines and the Adharma (unrighteousness) reigns supreme, I then manifest Myself in the world as Sâkambharî, Râma, Krisna and others. Therefore, the Devas, the preservers of the Vedas, and the Daityas, the destroyers of the Vedas are classified. Whoever does not practise according to the Vedas I have created many hells for their lessons. When the sinners hear of those hells, they get extremely terrified. The king should banish those stupid persons from his kingdom and the Brâhmins should not talk with them nor take them in their own lines nor when partaking of food, those who forsake the Vaidic Dharma and go for shelter to another Dharma. The S'âstras that are extant, as contrary to the S'rutis and Smritis, are all Tâmasa S'âstras, Mahâdeva has framed these Vâma, Kâpâlak, Kaulaks, Bhairava and such like S'astras for fascinating the people; else he has no object in framing thein. Those Brânmans that were burnt up by the curses of Daksa, S'ukra, Dadhîchi and were banished from the path of the Vedas, it is for delivering them, step by step that Mahâdeva has framed the five Âgamas, S'aiva, Vaisnava, S'aura, S'âtta and Gânapatya S'âstras.

31-37. In those Tantra S'âstras, there are some passages in conformity with the Vedas and there are other passages contradictory to the Vedas. If the Vaidik persons resort to passages in conformity with the Veda, then there cannot arise any fault in them. The Brâhmins are not Adhikâris to those Tântric texts that are contradictory to the Vedas. Those persons that have no claim to the Vedas can be Adhikâris to these latter texts. Therefore the Vaidik Brâhmanas should resort to the Vedas with all the care possible and make the Para Brahma ot the nature of Jñâna manifest within them. The Sanynsins, Vânaprasthas, householders and Brâhmachâris should give up all their desires and take refuge in Me; free from egoism and vanity, kind to all creatures, their hearts wholly given to Me and engaged in speaking out My places with enrapt devotion. They always worship My Virât (Cosmic) form, immersed in the Yoga called Ais'varya Yoga (Cosmic Yoga dealing with the glories, prosperity of god). Illumine the understanding with the Sun of My Consciousness, and I destroy the Darkness of Ignorance of those persons that are always engaged in practising Yoga with Me. There is no doubt in this. O Nagendra! Thus I have described in brief the methods and practises of the Vaidik Pûjâ; now I will tell you the Tântrikî Pûjâ; hear attentively.

38-47, On an image, or clean plot of ground, or on the Sun or the Moon, in water, in Vâna Linga, in Yantra or on a cloth or in the lotus of heart, one is to meditate and worship the Blissful, Higher than the Highest, the Devî, Who creates this universe with the three Gunas Sattva, Raja and Tama, Who is filled with the juice of mercy, Who is blooming in youth, Whose colour is red like the rising Sun, Whose beauty overtops to the full, Whose all the limbs are exquisitely beautiful, Who is the sentiment of Love Incarnate, Who feels very much for the mental pain of Her Bhaktas on Who being pleased, manifests Herself before the Bhaktas on Whose forehead, the segment of the Moon shines incessantly, and Whose four hands hold goad, noose and the signs of fearlessness and to grant boons. Until one is entitlad to the internal worship, one should worship the external; never he is to abandon it. Worship is internal when ones, heart gets diluted in Para Brahma, of the nature of the Universal Consciousness, O Mountain! Know My Consciousness (Samvit) to be My Highest Nature without any limitations. Therefore it is highly incumbent to attach one's hearts, free from other adjuncts, constantly to this Samvit. And what is more than this Samvit is this illusive world full of Mâyâ. So to get rid of this world one is to constantly meditate on Me, the Witness of all, the Self of all, with a heart full of devotiou and free from any Sankalaps or desires.

O Best of Mountains! Now I will describe to you in detail the external form of worship. Hear attentively.

Here ends the Thirty-ninth Chapter of the Seventh Book on the worship of the World Mother in S'ri Mad Devî Bhâgavatam, the Mahâ Purânam, of 18,000 verses, by Mahrsi Veda Vyâsa.