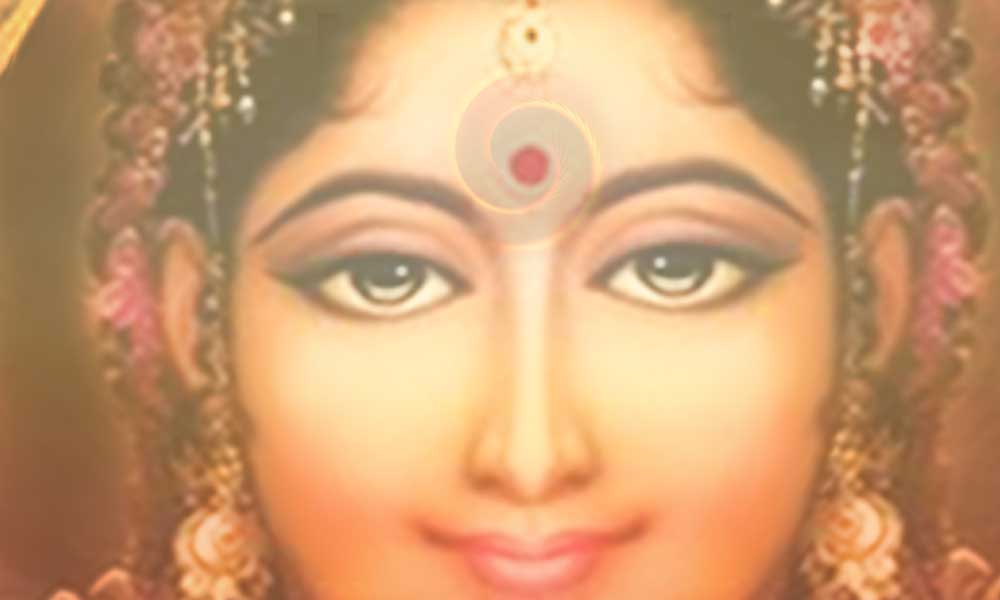 This description from the sacred text of Srimad Devi Bhagavatam reveals the holy places of pilgrimages where the goddess resides. Although she is omnipresent and pervades everything, these places reflect her glory and energy with greater intensity and where she says her devotes should worship her.

1-2. The Himâlayâs said:--"O on this earth that are prominent, sacred, and worth visiting and which Thou likest best. O Mother! Also sanctify us by describing the vows and utsabs that are pleasing to Thee, and by performing which, men become blessed and get themselves satisfied.

3-10. The Devî spoke:--"O Himavan! All the places that are on this earth are all Mine and all should be visited. And every moment is fit for taking vows and utsavs. For I am of the nature pervading every moment; so whatever actions are performed at any moment are all equal to taking My vows and utsabs. O King of Mountains! Still I am now telling something out of My affection to My Bhaktas. Hear. There is a great place of pilgrimage named Kolhâpura in the southern country. Here the Devî Laksmi always dwells. The second place is Mâtripura in the Sahyâdrî mountain; here the Devî Renukâ dwells. The third place is Tulajâpur; next is the place Saptas'ringa, the great places of Hingulâ and Jvâlâ Mukhî. Then the great places of Sâkambharî, Bhrâmâri, S'rîraktadantikâ and Dûrgâ. The best of all places is that of Vindhyâchala Vâsinî, the great places of Annapurnâ and the excellent Kânchipur (Conjiverum). Next come the places of Bhîmâ Devî, Vimalâ Devî, S'rî Chandralâ Devî of Karnât, and the place of Kaus'ikî. Then the great place of Nîlâmbâ on the top of the Nîlâparvata, the place of Jâmbûnades'varî, and the beautiful S'rînagara.

11-20. The great place of S'rî Guhya Kâlî, well established in Nepal, and that of S'rî Mînâksî Devî established in Chîdamvaram. The great place named Vedâranya where the Sundarî Devî is residing; then the place named Ekâmvaram, and the place Bhuvanes'vara near Purusottama where I always dwell as Parâ S'akti Bhuvanes'varî. The famous place of Mahâlasâ, known in the south by the name Mallâri; the place of Yoges'varî Varât, and the widely known place of Nîla S'arasvatî in China. The excellent place of Bagalâ in Baidyanâth, the supreme place Manidvîpa of S'rîmatî Bhuvanes'varî where I always reside. The Yonimandala Kâmâkhyâ, the place of S'rimatî Tripurâ Bhariavî, the excellent of all the places in this earth, where the Devî Mahâ Mâyâ always dwells. There is no other place better than this on the earth. Here the Devî becomes every month in Her course of menstruation and where the virtuous men are seen. Here all the Devas remain in the form of mountains and where on the mountains the excellent Devas inhabit. The sages say: That all the places there are of the nature of the Devî; there is no better place than this Kâmâkhyâ Yonimaindala. Puskara, the sacred place, is the seat of Gâyatrî; the place of Chandikâ in Amares'a: and the excellent place of Puskareksinî in Frabhâsa. The place of Linga-dhârinî Devî in Naimisâranya, and the place of Purubutâ in Puskarâksa; Rati dwells in Âsâdhî.

31-34. The places mentioned above are all dearest to the Devî. First the merits of these places are to be heard; next the Devî is to be worshipped by the rites and ceremonies according to these rules. Or, O Mountain! All the holy places of pilgrimages exist in Kâs'î. The Devî always dwells there. Persons, devoted to the Devî, see these places and if they make Japam and meditate on the lotus-feet of the Devî, they will certainly be freed from the bondi of Samsâra; there is no doubt in this. If anybody, getting up in the morning, recite the names of these places, all his sins would instantly be burnt away.

35-40. And if one reads, in the time of S'râddha, before the Brahmins, these holy names of the Devî, his Pitris will be purified of their sins in the Mahâkâs'a by the Mahâ Prâna and will get their highest goal. O One of good vows! I will now describe to you the vows that are to be carefully observed by men and women; hear. Ananta Tritîyâkhys Vrata (vow), Rasakalyânî Vrata, and Ârdrânandakara Vrata, these three Vratas are to be observed in the Tritîyâ (third) tithi. The next come the Friday vow, the Krisna Chaturdas'i vows, the Tuesday vow, and the evening twilight vow. In this twilight vow, Mahâ Deva placed the Devî in the evening on an Âsana; and He, along with the other Devas, began to dance before Her. Fasting is enjoined in this vow; and then in the evening one must worship the Devî, the Giver of all auspicious things. Especially in every fortnight, if the Devî be worshipped, She gets extremely pleased.

41. O Best of Mountains! The Monday vow is very agreeable to Me; the worship of the Devî should be done and then in the night one must take one's food,

42-43. The two nine nights vow called Navarâtra are to be observed, one in the autumn and the other in the spring season. These are very dear to Me. He is certainly My devotee and very dear who for My satisfaction performs these and the othar Nitya Naimittik vows, free from any pride and jealousy. He certainly gets the Sâjujya Mukti with Me.

47-49. In all these festivals one should feast well with gladness all My devotees, and the Kumâris (virgins), well clothed and dressed, and the boys, thinking them all to be of My very nature. No miserliness is to be entertained and I should be worshipped with flowers, etc. He is blessed and attains his goal and is dear to Me who carefully and devotedly observes every year all these festivals. O Nagendra! Thus I have described to you in brief all the vows that are pleasing to Me. These instructions are not to be given who is not a disciple nor to one who is not My devotee.

Here ends the Thirty-eighth Chapter of the Seventh Book on the vows and the sacred places of the Devî in the Mahâ Purânam S'rî Mad Devî Bhâgavatam, of 18,000 verses, by Maharsi Veda Vyâsa.