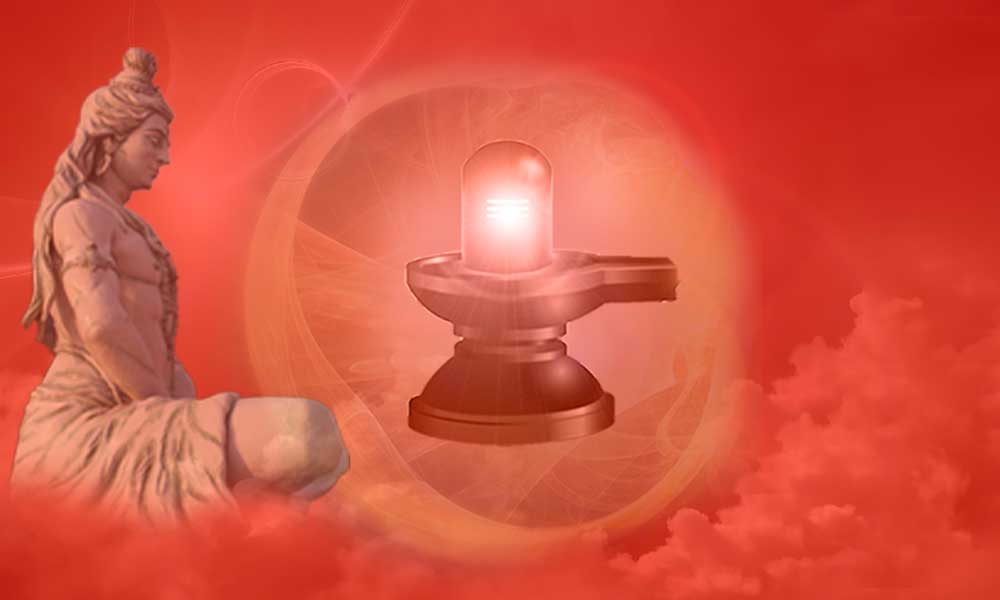 Physically a Sivalinga is a phallic symbol, representing the male and female sexual organs. Mentally it symbolizes the union of mind and body. Spiritually it represents the union between Purusha and Prakritii...

Sivalinga literally means the body of Siva. Next to the symbol of AUM, it is perhaps the most potent, powerful and popular symbol in entire Hinduism. In almost all the Siva temples, worship is generally made to Sivalingas only. Very rarely we come across his images in the sanctum sanctorum of any Siva temple. A Sivalinga is usually a round or cylindrical and protruding object. The cylindrical part is held firmly by a circular base.

On the physical plane, the object resembles the male sexual organ, suggestive of the creative power of Siva. The circular base resembles that of the female, suggestive of his consort Parvathi. Physically a Sivalinga is a phallic symbol, representing the male and female sexual organs in a state of conjugal bliss. Mentally it symbolizes the union of mind and body. Spiritually it represents the union between Purusha and Prakriti, the highest principles of the manifest universe.

The Sivalinga is also symbolic of the Supreme Self. It is verily Maheswara Himself, the Highest Self and the Lord of the universe. In this aspect it has three parts. The lower part represents Brahma. The middle part, which is octagonal in shape, represents Vishnu. The upper part, which is cylindrical in shape, represents Rudra and is also called Pujabhaga since it receives the actual offerings of milk and other substances.

The Sivalingas are normally found installed in the temples . But many devotees of Siva keep them in their houses and offer regular worship. People are however cautioned not to keep Sivalingas in their houses without offering worship, since they are believed to be powerful sources of divine energy. Sivalingas are either naturally found or made artificially. Different materials are used in their making, such as clay, gold, crystal, glass, diamonds, precious stones and wood. The round and smooth stones found in the river beds of the Narmada or the Godavari are considered to be the most ideal for worship. Sometimes Sivlingas are made temporarily with clay or sandal paste and disposed of after worship. Some devotees wear Sivalingas on their bodies or around their necks. When Sivalingas are found fortuitously in the river beds and desolate places, it is considered to be a great omen. They are housed in temples or houses and offered regular worship.

The Worship of Sivalingam

The Mahavanirvana Tantra (chapter 14) describes the importance and method of worshipping Sivalingam in the following words:

Thirty-five million known and unknown places of pilgrimage and all the holy places abide near Shiva. The land within a radius of a hundred cubits of the linga is declared to be Shiva-kshetra (9-10).

This land of Isha is very sacred. It is more excellent than the most excellent of holy places, because there abide all the Immortals and there are all the holy places (11).

He who in a devout spirit lives there, be it even for but a little while, becomes purged of all sins, and goes to the heaven of Shangkara after death (12).

Anything great or small (meritorious or otherwise) which is done in this land of Shiva becomes multiplied (in its effect) by the majesty of Shiva (13).

All sins committed elsewhere are removed (by going) near Shiva, but sins committed in Shiva-kshetra adhere to a man with the strength of a thunderbolt (14).

The merit acquired by the performance there of Purashcharana, japa, acts of charity, Shraddha, tarpana, or any other pious acts is eternal (15).

The merit acquired by the performance of a hundred Purashcharana at times of lunar or solar eclipse is acquired by merely performing one japa near Shiva (16).

By the offering of Pinda once only in the land of Shiva, a man obtains the same fruit as he who offers ten million pindas at Gaya, the Ganges, and Prayaga (17).

Even in the case of those who are guilty of many sins or of great sins attain the supreme abode if Shraddha be performed in their names in the land of Shiva (18).

The fourteen worlds abide there where abides the Lord of the Universe in His Linga form with the auspicious Devi Durga (19).

I have spoken a little about the majesty of the immovable Mahadeva in His linga form. The mahima of the Anadi-linga is beyond the power of words to express (20).

O Suvrat! even in Thy worship at the Mahapithas the touch of an untouchable is unclean, but this is not so in the worship of Hara in His linga image (21).

O Devi! as there are no prohibitions at the time of Chakra worship, so know this, O Kalika! that there are none in the holy shrine in Shiva’s land (22).

What is the use of saying more? I am but telling Thee the very truth when I say that I am unable to describe the glory, majesty, and sanctity of the linga image of Shiva (23).

Whether the Linga is placed on a Gauri-patta or not, the worshipper should, for the successful attainment of his desires, worship it devoutly (24).

The excellent worshipper earns the merit of (performing) ten thousand horse-sacrifices if he performs the Adhivasa of the Deva in the evening previous to the day of installation (25).

Taking each of these articles, the Maya Vija and the Brahma-Gayatri should be repeated, and then should be said "Anena" (with this) and "Amushya" (of this one’s or his or hers) – "may the auspicious Adhivasa be" (28).

The worshipper conversant with the ordinances, having thus performed the Adhivasa of the Deva, should bathe the deity with milk and other liquids, as directed in the ceremony relating to the dedication of a temple (30).

Rubbing the linga with a piece of cloth and placing it on its seat, Ganesha and other Deities should be worshipped according to the rules prescribed for their worship (31).

Having performed Kara-nyasa and Anga-nyasa and Pranayama with the Pranava, the ever-existent Shiva should be meditated upon.