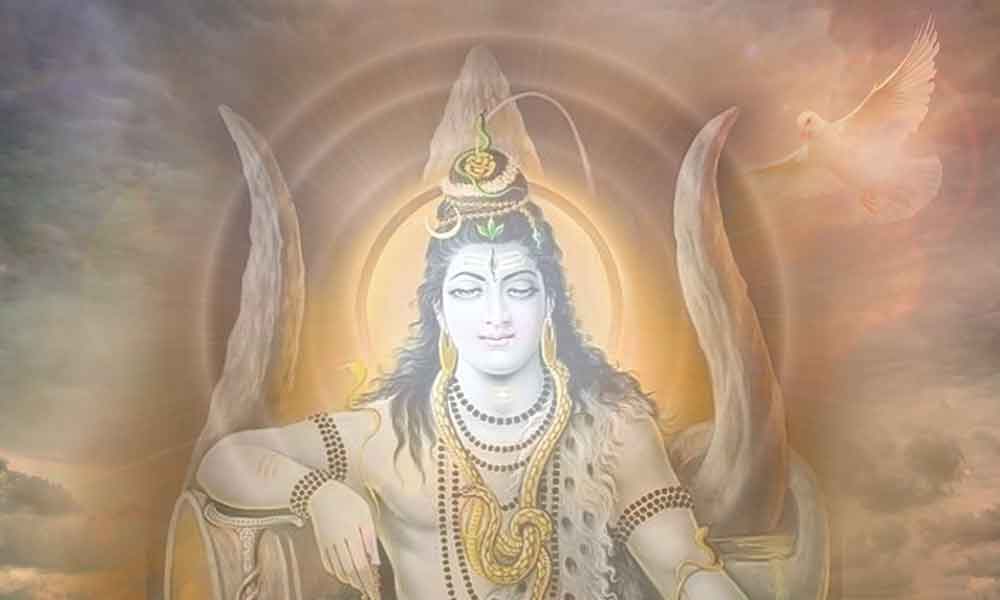 Summary: This essay explains how jivas, the bound souls may achieve liberation in Saivism, how to determine that a devotee of Shiva is making progress on the spiritual path the state of an awakened and liberated soul.

Jivas are bound to the impurities of objective reality and lead a limited existence. Though in reality they are the same as Siva, the impurities of egoism, action and delusion cloud their consciousness and subject them to the limitations of time, space, knowledge, joy and energy.

The jivas continue to exist this way till they realize their true nature and become siva consciousness. The grace of Siva, the guidance of a guru, and ones previous effort are the means to this liberation. When liberated, the jivas realize what they have been all along. In truth nothing has really been achieved, because what they were seeking all along has never been lost. In other words they do not realize anything that they have not been always. They simply become aware of it. With this realization, the jiva becomes free from the conflict of duality and enters into a state of oneness with Siva. It finds itself spread every where and hidden in all objects and places.

The Malini-vijayottara Shastra describes six stages of progress that appear in an aspirant in the advanced stages of spiritual development. They are:

Samadhi the Experience of Unity and the End of Duality

The experience of oneness with Siva comes finally at the end of a long sadhana, in a state of samadhi in which the distinction between the object and subject disappears and only the subject remains. The experience of samadhi usually comes as a result of the awakening of the kundalini power and its upward movement through all the chakras into the highest chakra which lies in the head region. In samadhi a jiva experiences the unity of all creation as opposed to our casual experience of duality and otherness. The knower becomes the known and the difference between the subject and the object disappears. The jiva experiences pure bliss and oneness with itself.

Sometimes the cumulative effect pure of devotion or good deeds or some fortuitous event or the blessing of a guru may help a jiva to earn the grace of Siva and attain liberation at the time of its departure from this world. We have stories of people gaining the world of Siva just by remembering the his name at the time of their death or by fortuitously fasting or visiting a Siva temple on some auspicious occasion. These stories allude to the importance of grace and karma of previous lives on the path of liberation and reassuring enough for the skeptical and the insincere.

The State of Awakened Soul

Once self-realization is experienced, that person never experiences delusion or egoism again. His actions no more bind him or create his future. He may alternate between the physical states of waking and sleeping, resting or meditating, but his experience of infinitude remain unchanged. He may experience sickness and pain or aging and hunger, but he is no more subject to maya. Karma no more binds him. Maya no more clouds him. His ego no more interferes with his actions or thoughts. He may be seemingly at one place, but actually elsewhere or even multiple places. He experiences the continuity of Siva state, finding himself in all objects and aspects of his awareness just by will. The limitations of space, time, energy, joy and consciousness disappear, giving him the ability to experience supernatural states of being. They also develop magical and paranormal powers which they usually hide from the public. Sometimes they may even act eccentrically or abnormally because of the limitations of the human body in containing the powers and consciousness of Siva or just to distract the people and discourage them from coming closer.

According to the monistic schools when the liberated souls depart from the world, for them there is no rebirth and no reentry into the world of impurities. They merge into Siva like drops of rain joining the ocean. So not much time is spent in the monistic doctrines on the question of what happens to a soul after liberation. The answer is straight and simple. The liberated soul disappears permanently never to resurface again.

The dualistic schools have to answer this question more in detail because they believe that souls, liberate or not, are different from Siva and never lose their identity. They remain so like fish in an ocean having been freed from the net of maya. Saiva Siddhanta school distinguishes three types of souls based on their degree of impurities:

The purnamuktas who are free from all the three impurities do not return to earth again. They will continue to exist in the subtle world of Kailasa and experience unending bliss as purnamuktas or liberated souls. As independent souls, they probably assist Siva without the any obligation to do so.