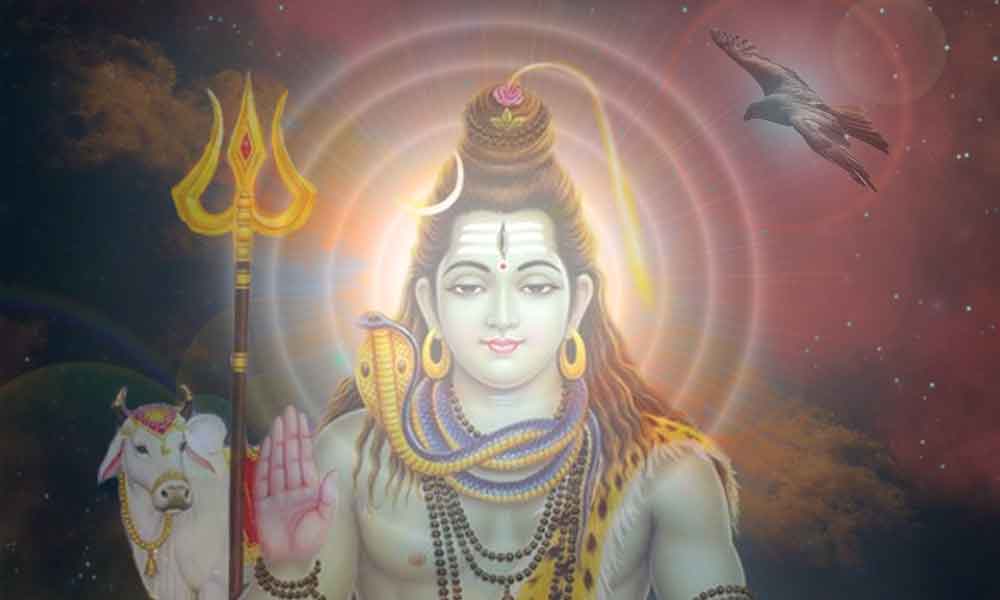 Pati is the lord of all existence. Pasu is the bound soul. This essay explains their relationship, relative status and how the bound soul may attain liberation through various means or approaches

Pati and Pasu or Siva and Jiva, the supreme self and the individual self represent parallel states of Siva himself. Siva is supreme lord. He is pure consciousness with infinite capacities and powers.

In the beginning of creation he brings forth his dynamic energies through which he creates the manifold worlds. Then he enters into them and becomes enveloped by his own concealing powers in varying degrees to produce beings and objects of pure and impure nature. Siva is the source. Siva is the cause and Siva is the effect. He creates himself, from himself, within himself, for his own ananda or joy, like a game played by a lonely child in a vast and endless cosmos of his own mind.

The Relationship of Difference and Non-difference

While all the schools of Saivism accept Siva and jiva to be essentially the same, sharing intrinsically the same consciousness, there are variations in the manner in which they interpret the relationship between two. According to Kashmiri Saivism the relationship between Siva and Jiva is one of bheda-abheda, which means they are different yet not different. To explain the relationship, followers of this school use the analogy of a mirror and the objects that are reflected in it. A mirror reflects the objects in itself. We cannot separate the mirror from its reflection. We cannot strictly say that the reflection is the mirror itself. Yet we cannot separate the two also. Similarly the jivas thrive in Siva like a reflection.

The jivas are limited beings, bound by the impurities of maya, anava and karma. Maya shakti conceals their true consciousness and creates limitations of space, time, knowledge, vitality and power. Having forgotten their true nature, the jivas suffer in the causative world (samsara), dealing with the duality of the objective world and performing egoistic and desire ridden actions that bind them further to the objects of pain and pleasure . After continuing in this fashion for a long time, finally they realize the futility of their limited existence and try to return to their source through various means.

According to the dualistic sects of Saivism, Siva is not the material cause of the manifest universe. He does not create the beings also. The beings are also eternal like Siva. Though they share the same consciousness they are not strictly the same. After gaining liberation from their limited existence, the individual jivas do not merge into Siva but continue their separate existence though in the subtle plane. They may not return to earth or if at all they decide to come it will be under their free will. The number of jivas remain constant and can neither be increase or decreased. Even after the dissolution of the worlds, the jivas retain their individuality and exist in seed form with in Siva till the beginning of next creation.

The monistic sects believe that Siva and jiva are essentially of the same nature. Siva is both the efficient and material cause of all creation and also all the beings. The jivas come into existence through the dynamic power of Siva and exist throughout the creation by his will. Once liberated they become one with Siva and do not exist independently. Some liberated jivas may decide to continue their work either in the subtle worlds or in our worlds even after liberation and for that sake retain some notion of individuality. But they are not bound to take birth in embodied form or limit their consciousness. At the time of dissolution all the jivas are withdrawn into Siva and they cease to exist.

Different schools of Saivism prescribed different methods to achieve liberation. All schools accept the grace of Siva and guidance of an enlightened guru as the effective and simplest means of attaining liberation. Individual effort has its own role. But it is considered to be slow and tedious in producing results. Sometimes a mere glance, or touch or gesture from the guru may bring incredible transformation in his disciples and hasten their spiritual progress, saving them years of effort and discipline. Even today some gurus awaken the kundalini power lying dormant in their disciples through mere glance or touch and help them on the path.

The Saiva Siddhanta school recommends charya, kriya, yoga and jnana as four important means of liberation. These methods are not sequential in the sense that an aspirant has to begin the first and then move on to the next. It is up to to the guru to evaluate his disciples and encourage them on the path through one or more of these means. Charya involves performing such tasks as cleaning the temple, seving in the kitchen, gathering flowers etc. This is called dasa-marga or the path of the servant. Kriya involves performing more intimate tasks such as doing the worship, making personal offerings, reciting the mantras or seva to the deity like a son does to the father. This is called sat-putra-marga or the path of a good son. Yoga involves doing yoga asanas, meditation and contemplation. This path is called sakha-marga or the path of friedhship.On the fourth path, gnana or knowledge is the means. It is called sat-marga because it takes one closer to Sat or Truth and results in sayujya or union with Siva.

In Vira Saivism guru, jangama and linga are the key means to liberation. An aspirant's spiritual journey begins with an initiation rite (diksha) and continues under the guidance of the guru and jangama. On the path the seeker has to practice eight observances (ashtavarana) and five rules of conduct (panchachara) . The five rules of conduct are worship of linga (lingachara), performance of vocational and familial duties (sadachara), acceptance of Siva as the Supreme Lord (sivachara), respect for all creation (bhrityachara), and service to the community (ganachara). The eight observances are obedience to one's guru, worship of linga, reverence for the jangama, applying the sacred ashes to ones body, wearing the holy beads (rudraksha), drinking the water used in the cleaning of the linga, offering food to the deity, and recitation of the siva- mantra (om namah sivayah)

Kashmiri Saivism recommends three means for liberation: the solution through Siva (sambavopaya), the solution through sakti (saktopaya) and the solution through ego (anavopaya). Again these practices are not sequential. The guidance of a guru in deciding on an appropriate method is very important. In the first method an aspirant seeks to gain siva consciousness by the simple means of becoming fixed on the awareness "I". He is advised not to practice meditation, pranayama and recitation of mantras. When the mind is fixed constantly on the awareness of "I", the limited self (ego) gradually weakens and yields place to the resurgence of the real self (Siva). In this method an aspirant fixes his mind upon a particular thought of Siva given to him by his master without any external aids such pranayama or chanting of mantra. In the third method which is considered to be the most tedious of all an aspirant gains Siva consciousness through the practice of pranayama and recitation of mantras and prayers. These methods are considered to be inferior but appropriate for people who are not gifted with the capacity to practice the other two.

Among the other schools, Pasupatha sect prescribes ascetic practices and a formal code of conduct in the early stages of sadhana on the lines of charya, kriya, yoga and jnana. Adherents are expected to observe yamas and niyamas, perform puja, wear sacred ash, chant of siva mantras and practice kundalini yoga. As they progresses on the path, they are advised to withdraw gradually from their attachment to these activities and remain fixed in the thought of Siva alone. The Gorakshanatha sect prescribes hathayoga and some weird practices to help the aspirants over come their attachment to social norms and social conditioning and free themselves from their ego consciousness. The Kalamukha and Kapalika sects sometimes prescribe very secretive and rumored to be disturbing practices to help the aspirants get rid of their impurities. Whatever be the means, the primary purpose of all these practices is to free the individual from the impurities of anava, karma and maya and help them regain their siva consciousness. The means prescribed by these sects may vary but their goal is the same.