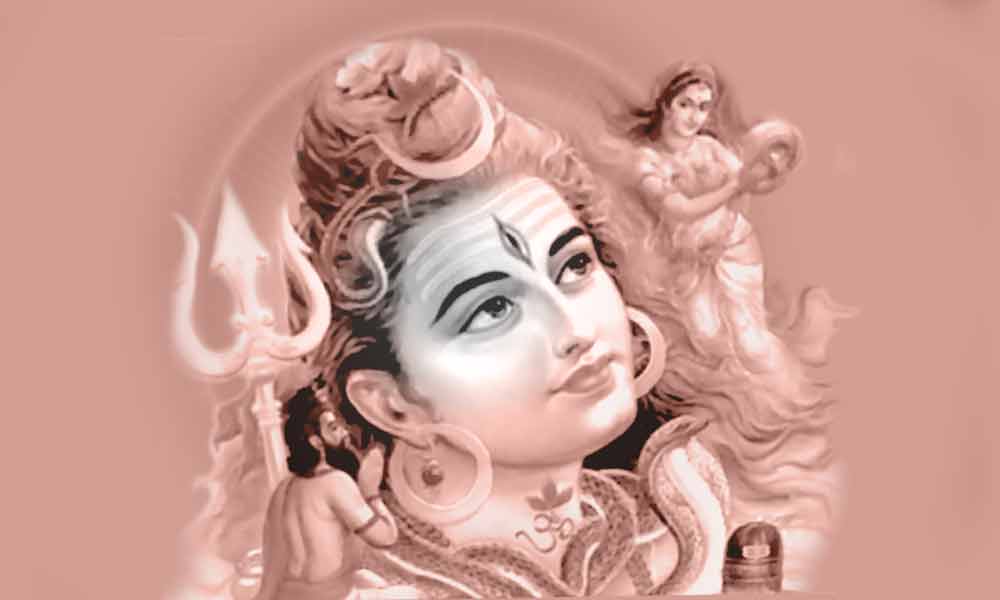 This article describes seven important aspects or manifestations of Shiva, the supreme Lord of Shaivism, by which his devotees perceive him.

The Saiva tradition identifies Lord Siva or Shiva as the formless, eternal, mysterious, and supreme being having many aspects, potencies, and dimensions. He is considered both transcendental and immanent, who cannot be quantified and qualified objectively with our limited awareness. He is beyond our mind and senses, but within the reach of our experience and awakening. Various schools of Saivisma or Shaivism and the scriptures that form their basis allude to some important aspects of Siva, as experienced by the awakened jivas in their transcendental states, which are mentioned below.

At the highest level, lord Siva is Sadasiva, Parameswara, or Paramasiva. In his formless (nirguna) aspect, he is the transcendental formless reality, the highest and the most unknown, who is Brahman Himself without qualities and attributes, the supreme lord, the eternal truth, the absolute, infinite, timeless, indivisible, entirely subjective Truth, which is beyond the senses and mind, without time. He is the end of all spiritual practice, the experience of pure consciousness and bliss in the state of samadhi or union. by experiencing which everything is known and realized. He is the eternal mystery mentioned in the Kena Upanishad , whom Uma Haimavathi refers as the "Spirit Supreme", by knowing whom Indra excelled all other devas and became the ruler of the heavens. According to Siva purana even Brahma and Vishnu attained the level of Trinity because of their past devotion to Nirguna Siva.

As the awakened supreme self, Siva is Maheswara or Mahasiva, the Lord of the manifest universe. As the awakened supreme self, he is saguna Brahman, the cosmic lord, who combines within himself the roles of creation, maintenance, destruction, concealment and liberation. He performs these five functions through his five supreme energies: pure consciousness (chit-shakti, bliss (ananda-shakti), will power (iccha-shakti), pure knowledge (jnana-shakti) and dynamic power (kriya-shakti).

As manifest Brahman, he projects the material and objective universe through his dynamic power (shakti) and projects into himself, like a reflection in a mirror, all that he creates. The creation is but his conscious dream, an alternate reality that cannot be entirely categorized as false or illusory. He is the Purusha of the Vedas, the cosmic male, who creates Prakriti 1 the cosmic female and then establishes himself in it in order to manifest the objective reality in which he conceals himself from himself exists as deluded jivas. As Tirumantram states succintly, " Himself creates, Himself poreserves, Himself destroys, Himself obscures and then grants himself mukti, Himself the all pervading lord." He is also the source of all knowledge, the Agamas and the Tantras come from him.

Siva as the Lord of a Functional Universe

At the next lower level he is Iswara or Siva or Rudra, representing a functional aspect of Mahasiva, performing the role of a destroyer. In this role, he is responsible for the regeneration and renewal of the material and objective universe and its various components through destruction and degeneration. In this functional aspect he facilitates the illusory movement of kala (time) from one phase (yuga) to another. He is Hara and Samkara, the lord with a thousand names, who is seated on the mountains of Kailash, with Parvathi and his whole entourage of devas, gods, siddhas, siva ganas, myriad yogis and devotees enjoying his darshan (vision). In this role he facilitates the spiritual progress of humanity. He evolves the subtle beings into gross and then the gross beings into subtle. Through his grace (anugraha), he destroys our karma, impurities and bonds and facilitate our spiritual evolution. He makes possible the flow of divine consciousness into our earth consciousness using himself as the conduit and brings forth all the tantras and agamas.

Siva as Jiva, the Embodied and Deluded Soul

The jivas are the deluded aspect of Siva. According to some schools of Saivism, they are not created by any one and exist just like Siva eternally. Their number also remain constant which means they retain their individuality even after attaining liberation from the bonds of objectivity. According to other schools, jivas and Siva represent the same reality. There is actually no difference between the two or at the most the relationship is that of difference and non-difference (bheda-abheda). The deluded being are subject to the impurities of anava (finiteness), delusion (maya) and egoistic actions (karma) but are the same as Siva in terms of essence and pure consciousness. When the cloud of ignorance is removed through the intervention of Siva's grace (anugraha), a jiva becomes liberated and reunites with Siva. Thereafter there will not be any difference between the two.

Siva as an Enlightened and Self-aware Entity

These are the various incarnations, emanations, divinities and deities and objectified energies that constitute the Siva pantheon. They come into being as a projection of cosmic will during the various phases of creation. Some are manifested in the very beginning and some in the middle and some at the end. They perform many roles and implement the supreme will of Siva. Hanuman, Dakshinamurthy, Tandavamurthy, Bhairava, Virabhadra, Chandakesvara, Mahakaleswar, Ardhanariswara, Bhikshtanamurthy, Tandavamurthy are some of his well known minor aspects or incarnations.

Some schools of Saivism do not accept the concept of incarnations. According to them since is a Siva perfect being and creation is a manifestation of his dynamic will, there is no place for imperfection or disorder in his manifestation and so the questions of reincarnation to restore order does not arise. What we consider as his incarnations are but the embodiment of highly evolved jivas who come to the earth plane to help others on the path of liberation or perform specific tasks as willed by Siva.

Siva as a Vedic deity

For those who do not practice pure Saivism or any of the Saiva schools, Siva is a very popular god of Hindu or Vedic pantheon and they worship him as such either as a personal god or in the company of other gods. An ancient god with prehistoric roots and far deeper antiquity than we can fathom, we find references to a god by the name Rudra in the Vedas. Rudra is the god of rain and thunder. In all probability when the vedic priests integrated different native traditions of India with the vedic traditions, they probably identified, Siva, already a popular God of India, with the Rudra of the Vedas. Devout Hindus who practice mainstream Hinduism, indulge in devotional, ritualistic, ascetic, festive, yogic, musical and meditative practices to please Lord Siva and attain his grace. As a personal god, Siva has the qualities of a graceful and lovable god, who is easier to please and approach with love and devotion. As the lord of Kailas, he is an epitome of knowledge, humility and unconditional love. As a devoted husband, father and master, he bestows boons and unconditional love upon his beloved devotees. Whether they belong to the mainstream Saivism or not, Hindus are very emotional and ecstatic about Lord Siva which can be seen and felt in many sacred places and temples of Siva all over the country.

It is important to know that Lord Siva is Brahman himself, who descends into lower planes to manifest himself in different aspects, which he does for his own ananda (pure joy). As deluded souls, it is important for us to know that we are Siva himself in human form and that we can by effort rediscover our own infinity. Siva does not ask us to worship him, rather know ourselves as him only and live with that faith and conviction the rest of our lives.

1. What are the seven aspects of Lord Siva?

2. What is the difference between Saguna Brahman and Nirguana Brahman?

3. What is the main function of Siva in His role as Iswara?

4. Are Siva and the Rudra of the Vedas the same?

5. Why do the followers of Siva do not believe in incarnations of God?

1. The Dualistic schools believe that mula prakriti or shakti is never created, but exists eternally. We have discussed these distinctions elsewhere already.  So no further explanation is provided.